We combine the adaptivity of Lagrangian particle methods with the multiresolution capabilities of wavelets. The goal is the achievement of high accuracy while minimizing the amount of computational elements. We rely on the remeshing of the particle methods in order to introduce multiresolution capabilities in a systematic framework. We utilize grids of variable resolutions as dictated by the wavelet analysis of the fields carried by the particles. The key computational challenge for this formulation is the processing and the communication patterns between the computational elements. 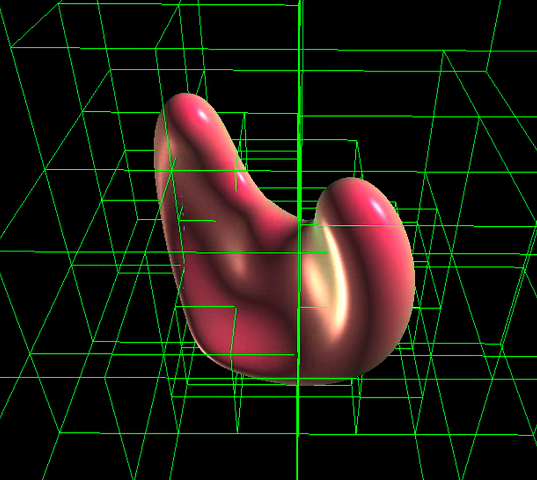 We are developing a framework, MRAG, for particle methods that rely on adaptive grids in order to maintain their regularity and to introduce multiresolution capabilities.  The goal of MRAG is to provide an intuitive and powerful set of tools for an extensive usage of adapted grids. The MRAG-user  delegates the multi-resolution machinery to MRAG and concentrates his efforts in the simulation itself.
Objectives of this effort include:

The current implementaion of  MRAG enables simulations of advection of passive scalars and levelsets, levelset reinitializations, diffusion and compressible flows with complex boundaries.