State-of-the-art high-performance computing systems, which feature performance rates over 30 quadrillion floating-point operations per second and over 30 quadrillion bytes of memory, represent tools of immense power to scientists and engineers.  However, there is considerable danger here also, for example from greatly magnified numerical round-off error.  This presentation will discuss one remedy for such problems, namely to employ high-precision arithmetic facilities (typically 32 or 64 digits), which are now widely available and can be readily incorporated into user codes.  Numerous examples in modern scientific computing will be shown where such precision is not only useful, but in fact mandatory.  Other problems of considerable interest require much more precision — hundreds or even thousands of digits.  Providing efficient, thread-safe, bug-free and easy-to-use tools for this type of computation is a major challenge. 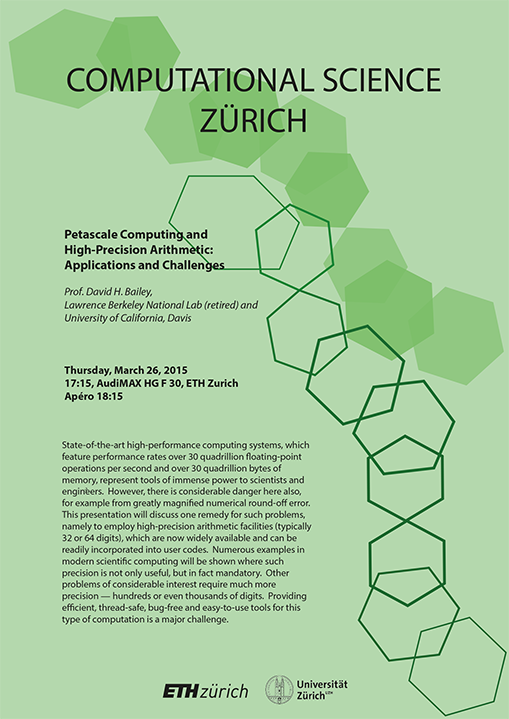 Our paper “Modelling glioma progression, mass effect and intracranial pressure in patient anatomy” was published in the Journal of the Royal Society Interface